Modern, 21st century porcelain furnaces are technically sophisticated, electronically-controlled devices with programmable cycles for firing dental porcelains. These include metal-ceramics for firing onto metal frameworks (classic precious or non-precious alloys, titanium) or all-ceramics such as zirconia or lithium disilicate. All-ceramic inlays or laminate veneers can be fired directly onto refractory model dies.

The principle unit of a porcelain furnace is its refractory firing chamber. Once the porcelain has been built up, the restorations can be placed onto mesh, cones, pins or firing pads for firing.

The heating coils are usually located in the upper housing of the furnace and arranged concentrically around the restoration. A motor-driven mechanism closes the firing chamber with the restoration inside, either by raising the firing platform or lowering the upper housing of the furnace. The firing cycle settings depend on the material being fired/procedures and run according to pre-set, standardised or custom programmes.

Many settings can be programmed precisely and independently of each other, for example times can be set to the split second (preheating/drying, heat-rate, hold-time, cooling) and firing temperatures for various materials such as opaquer, shoulder and dentine porcelains as well as glaze firings programmed accurately.

As the only way of preventing undesirable opacity in the porcelain is to evacuate the firing chamber during firing (vacuum phase), a built-in powerful vacuum pump is an essential part of a porcelain furnace. 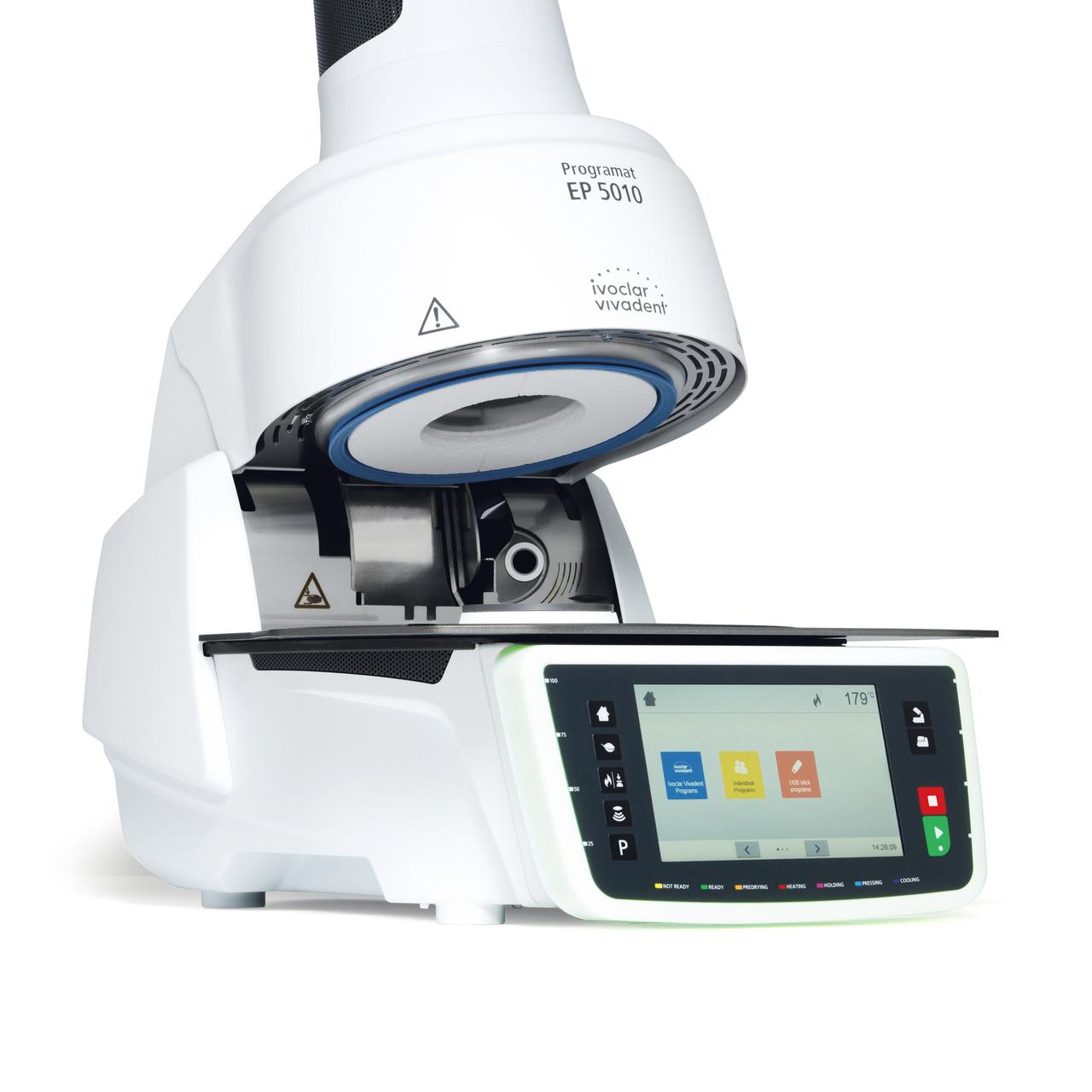 Word of the day

Focus text of the month